Oh my god guys, I swear I'm not dead.  Multiple jobs are just eating me alive.
Anyway I'm hammered tonight and some of the gals asked me to make 5Ds inspired drinks, and I've actually had a few ready for a while but have not had the chance to do these because of camera.  Which is now working again.

So, this is actually not the FIRST thing I made when I went out and got pisco. The FIRST thing I made was a nice, classic pisco sour, because seriously, if you go to Peru/have pisco in your possession and do not have one of these, you’re basically not a human being. Er…unless you’re below drinking age, in which case you’re fine.

Seriously though, I missed Pisco Sour Day (THIS IS A REAL HOLIDAY GUYS), so I had to do this.

But the NEXT thing I worked on was this.

…okay that’s a lie, I had some straight too.

BUT THEN I BUCKLED DOWN. 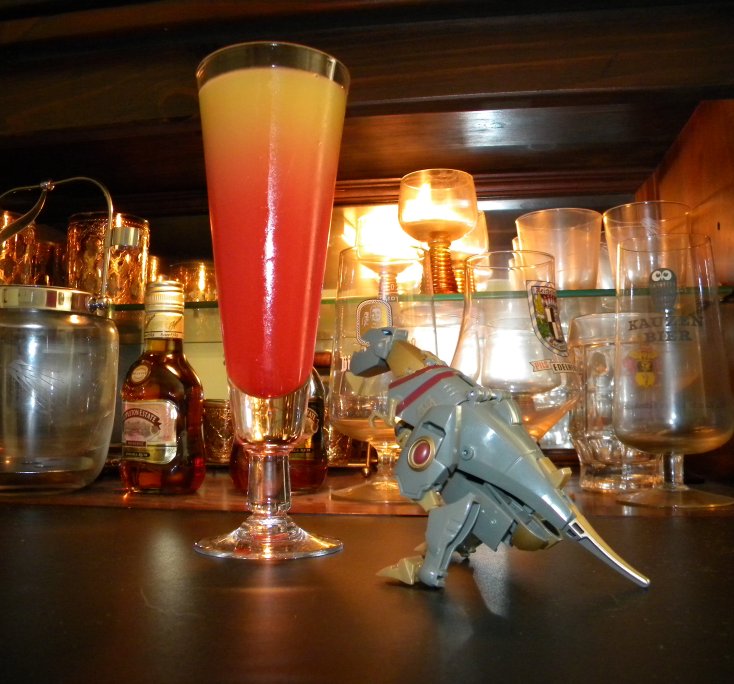 ( Collapse )
Fun fact!
Bats asked me to make a 'this show drives me to drink' mix for 5Ds, but since all of my 5Ds mixes will include pisco, they all automatically qualify for this nickname!

Anyway, this time I'm going with what I was drinking last week when the new episode of Prime would have aired, and revisited at the same time again this week.  This may become a pattern for a short time.

This week's drink has been dubbed Big Daddy and the Little Rockstar, or, 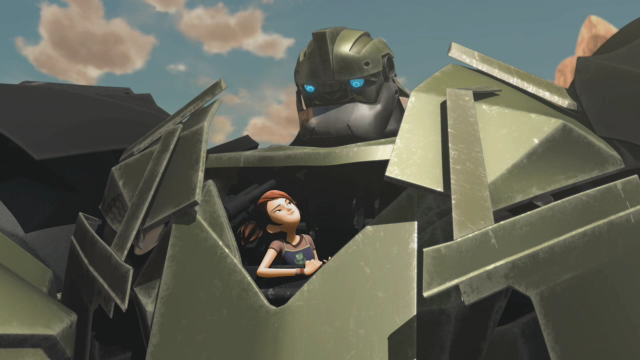 'I Just Heaved On Your Floor Mat'

alternately, 'What Poet is Drinking To Forget He Won't Know If Bulkhead Will Be Okay Until The Summer Hiatus Is Over, Fuck You Very Much Hasbro'.

And since the Pisco Fairy visited my local liquor store this Friday, next week we're taking this roadshow to Peru.
By which I mean 5Ds-inspired drinks are A Thing That Is Going To Happen.

Though I am not a big drinker myself (and prefer straight rum or whiskey when I do at all), I am fascinated by drink mixing. Maybe it's the chemistry aspect? Either way, because we have my dad's old Epic Bar Setup around the house, it's something I've started playing around with. I'm thinking of taking classes, partly because it'd give me access to more toys, but mostly due to the fact that it would be awesome to get paid to play with chemicals all night.

And because I am a nerd, I name drinks for fandoms.

Also because my Activators-class TFA Grimlock is the PERFECT size and shape to 'hold' a shotglass, and because I like my goddamn whiskey, my endeavors in this field have been dubbed 'The Adventures of Whiskey Grimlock' by those who are already in on this.

Starting with the drink that started it all, if only as a joke: a picture of my Grimlock hugging a whiskey shot. Which grew to, 'wouldn't hot cinnamon whiskey be more appropriate for a firebreathing robot dinosaur?', which grew to, 'if a Robot and a Green Dinosaur had a baby, would that be the alcoholic equivalent to Dinobots?'.

Dear Canada: thank you for Fireball Whiskey.  You are my best friend, ffs.

Because damnit, memes make me smile.  So let's do dis t'ing.

Give me a fandom and I'll respond with:

People in the fandom who ship characters because they worked together/spoke/made eye contact one time but insist Bulkhead's fatherly affection towards Miko was 'sudden', 'forced', and/or 'totally not actually there'.  Because you know, when someone says 'do this for your family' and the dying guy starts flashing back to this one particular character, obviously that's a lot less canon than the supposed romantic relationship between the narcissist backalley surgeon and his lovely assistant hired muscle.

This wouldn't bother me as much except for all the hate and insults flying around about it.  Wry you always do dis, fandoms?  I mean seriously, it's okay to not like Bulk or Miko, or the episode (which was a Bad Plot Device Bonanza, it's true) but really.  Personal insults.  Really.
and am I seriously the only person who likes these characters?

Anyone remember me saying how much Bulkhead made me think of my dad?
Yeah. I was not ready to see him and Fowler reminisce about their Army Ranger/Wrecker days and Bulk to have heart-wrenching 'I have to fight on for my little girl' flashbacks while he pushed himself through one last mission, slowly and painfully dying from the inside.

And now the show is going on summer hiatus without letting me know if he made it.

I'm not okay with this. FUCK YOU, HASBRO.

When Hardshell went over the edge into the volcano, all I could think was 'Didn't you watch Beast Wars? If you push David Kaye into lava he will only come back as a motherfuckin DRAGON' I am so glad I was able to think this or I would seriously be a mess right now

I don't think anyone should rest until everyone loves this band.

Also if you don't lose your shit at The Jon's epic AND SOOOOO COOOOOL hat, I'm so sorry life holds no joy for you. Truly.

I knew this was going to be a great episode from the previews, and then it started with a two-on-one dogfight and Marty Isenberg's name under the writing credit.

And it's not even my birthday.

And I was on the edge of my seat like ten times.  That's twice a minute.  My God Marty you really are my favorite forever.

So after skipping posts on two different eps that I enjoyed (Flying Mind was AMAZING, fuck off haters, and man Bob Skir it is SO GOOD to have you back on board! I hope you get fewer death threats this time), I was all ready to actually post on this one.

It also addressed that writing problem I was bitching about before by having had humans discover this relic.  Thank you.  Now if they would just notice all the alien warships cruising around their atmosphere and/or crashing into their fields and valleys on an apparently fairly regular basis...

This show has been my dear friend for literally my entire life--today, Transformers turned 28 years old. So let's raise a toast and eat some cake for my oldest and truest bro in the world. It's a party!

Fun fact: I learned a lot of important lessons from this show.

Transformers taught me to question what I see; to investigate; to find mystery and wonder in the world around me; above all, to embrace a world that was, indeed, more than simply met the eye.

I could honestly go on for ever about the life lessons I took from this series as a child and young adolescent don't even get me started on the comics. Honestly it should probably concern me a little how much impact I let this show have on me, but I don't think any of them were actually 'bad' lessons. Didn't that used to be a big thing in the nineties? Those 'everything I need to know in life I learned from X' posters?

Anyway, how about you? Any other TF-heads take anything away from this show as a kid beyond 'holy shit, ROBOTS ARE AWESOME'? Because let's face it, we all knew that already.
Collapse